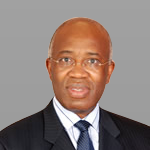 From 1977 to 1994, Mr. Owusu-Akyaw served in positions of increasing responsibility with Zimmer, Inc., then a subsidiary of Bristol-Myers Squibb Company. Mr. Owusu-Akyaw has a B.A. degree in accounting and computer science from Manchester College and an M.B.A. in finance and operations from the University of Houston.